Digital finance: why does it work in Kenya and opportunities for 7 African countries  results from an EIB/UNCDF study 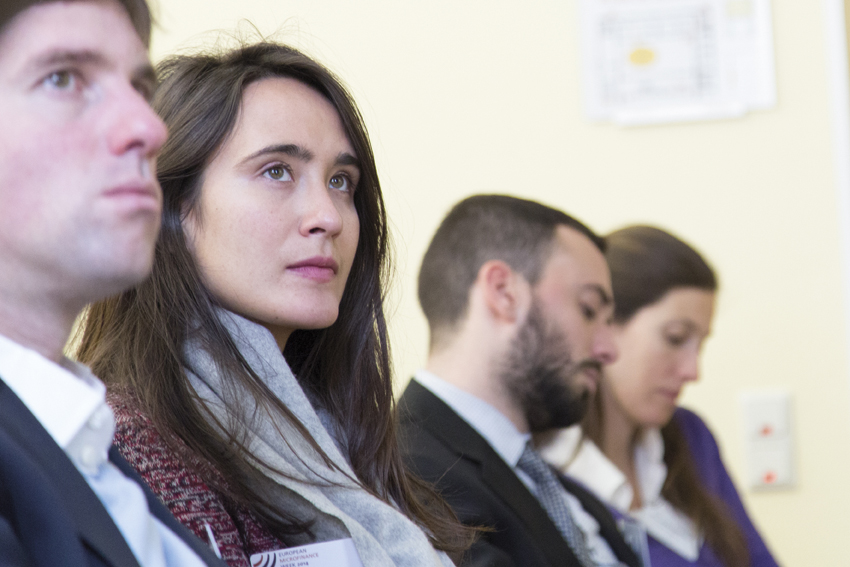 The session was introduced by moderator Xavier MOMMENS, who mentioned that Digital Financial Services (DFS) can certainly reach poor people and potentially help them. He explained that the session would start with the example of Kenya, because of the impressive results DFS has achieved in terms of financial inclusion, followed by examples from seven other African countries. Digital financial services are not only applicable to MFIs or downscaling of banks, but potentially can be used by all financial service providers (banks and non-banks), which is why we should be cautious about Client Protection Principles.

The presentation of Frank BETZ reviewed the successful developments in Kenya with respect to digital finance. M-Pesa revolutionised financial inclusion in Kenya from a mere 19% in 2006 to 67% in 2013, through new digital financial services. Reasons for its success are attributed to the accompanying ecosystem development which took place: a beneficial enabling environment in all of the six workstreams of the UNCDF honeycomb model described (Policy & regulation, Infrastructure, Providers, Distribution, High volume, Customers). An important element in this was the Kenyan regulatory approach, which can be described as "innovate first and regulate later". In addition, the high penetration of mobile phones contributed to an easier rolling-out (through agent networks) of the services. Providers were initially not very successful, until a ‘send money home' campaign turned this around, in addition to new services. Other factors at customer level in Kenya also contributed: high share of split families leading to high latent demand for domestic remittances; before M-Pesa, domestic remittances were expensive and slow; rapid customer uptake due to the security situation during election riots in 2008 (many banks closed); and, a comparatively high level of education. This in turn offered opportunities for investors like EIB to invest in activities in high risk environments.

Subsequently, François COUPIENNE presented a diagnosis of seven other African countries where they reviewed the model: Benin, Cameroon, Mozambique, Nigeria, Senegal, Uganda and Zambia. The reason for them to do this jointly with EIB and The Smart Campaign was that ‘all countries are not like Kenya, and Kenya is not like all countries'. What is important, though, is that successful development can happen in all countries if investment and support are provided in the right way in each of the workstreams of the enabling environment: a multi-dimension approach at country level to develop the sector and support stakeholders. He described four stages of development of a DFS market (Theory of Change): from Inception to Start-up to Expansion, and then Consolidation. As an example, he mentioned Tanzania is found to be in between expansion and consolidation. Coupienne explained that at Mobile Money for the Poor (MM4P) programmes take two to five years, depending on the state of the ecosystem. He highlighted that one of the key components of the MM4P programme is the full-time DFS expert placed in the country who is responsible for developing and energizing the stakeholders.

Next, he reviewed briefly each of the countries:

Alexandra RIZZI presented the client protection angle of the models and schemes described in the previous sessions. She explained this by presenting two hypothetical cases of a bank and a country. This was to illustrate that client protection is essential when developing (new) DFS. The Smart Campaign (together with ACCION) mapped out seven Consumer Protection Principles (CPPs, covering some 36 potential risk areas): appropriate product design and delivery; prevention of over-indebtedness; transparency; responsible pricing; fair and respectful treatment of clients; privacy of client data; and, mechanisms for complaint resolution. Next she presented some emerging evidence, in which clients were not adequately informed (hence not being able to make informed decisions) or were defrauded, thus losing their funds. She advocated for more education and communication, and presented some takeaways from the risk mapping. Trust and mitigating risks are key to success of the services; who is ultimately responsible for the consequences of the new models, and hence for the mitigation of client risks? Rizzi therefore proposed that, as an additional module in DFS operations, a three-legged stool approach for client protection will be included: regulation for client protection & supervision; standards & codes of conduct for the industry; as well as financial education and capability.

A member of the audience posed a question about the more systematic risks with DFS, such as technology glitches or fraud. Coupienne responded that he sees that mobile operators are more and more working together to add value and develop new business models. There can indeed be a technical risk in the building of systems (such as major breakdowns), but he believes that careful agent network development, developing different providers, and proper monitoring can reduce such potential risks of breakdowns and fraud. Rizzi added an example from Senegal, where indeed 64% of the clients experienced some kind of breakdown in the system within six months.

Another issue raised by a participant from a financial institution in Africa related to the fact that apparently, instead of keeping money in accounts, clients tend to keep money in their mobile accounts, as a result of which Mobile Network Operators are starting to provide interest on mobile accounts. Coupienne confirmed this, adding that a variety of such innovations are being developed, and therefore it is important to be aware of and monitor them. In the report of the EIB/UNCDF study, examples of new product developments and models are presented, including recommendations on how stakeholders and different users can cope with these new DFS technologies and services.

Congratulations on a very successful conference