Plenary: From e-waste to e-resource: poverty and resourcefulness in Agbogbloshie, Ghana 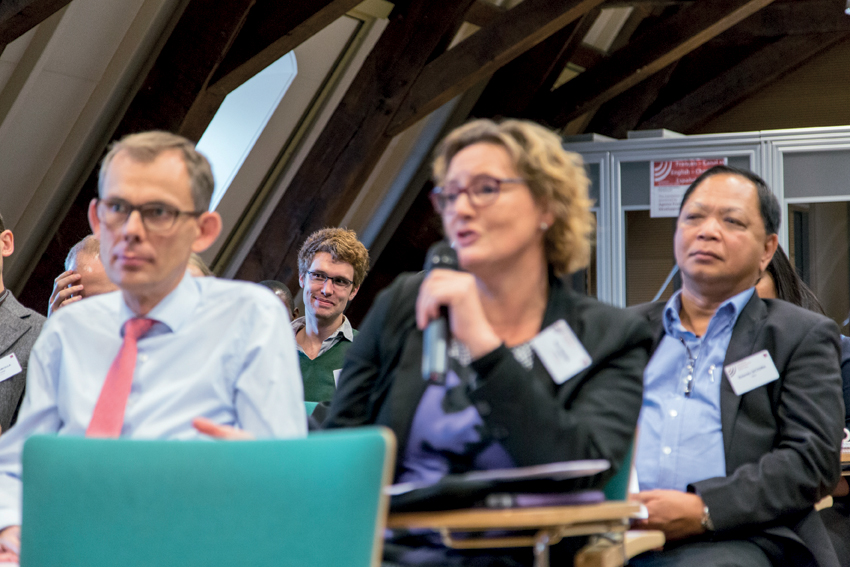 Daniel Rozas of e-MFP briefly welcomed the audience and mentioned that e-MFP had decided to do something different for this closing session, presenting a different take on who the microfinance client should be. He then introduced the panellist Rafael FERNÁNDEZ-FONT and his study on the business model and the livelihoods of e-waste recyclers in Ghana.

Before going directly to the case, Fernández-Font introduced the framework of his presentation by explaining the term environmental justice and introduced different perceptions on environmental justice and e-waste. He started by asking the audience where their old computers end up when they dispose them. In the traditional perception on environmental justice, according to Fernández-Font, e-waste is mostly illegally exported from Western countries to developing countries. Although the Basel Convention of the UN and the WEEE directive of the EU prohibit the exports of e-waste, e-waste still finds its way to the dumps in developing countries, damaging the health of those involved in copper recycling. The desired outcome for this perception is an enforced ban on e-waste traffic.

In the sequence, Fernández-Font questioned the audience whether you should see e-waste as waste or as a resource. Based on his study on Agbogbloshie in Accra, Ghana, which is one of the most polluted places in the world and a dump for electronics, he defended the new perception on environmental justice. This perception sees e-waste as potential resources not viable for recycling in the rich countries, but which can generate local economy in poor countries (nonetheless with associated environmental and health problems). Therefore, Agbogbloshie is not simply a dump for e-waste, but an economic case for e-source. The perceived solution is to use the right tools to reduce environmental and health problems. By building new machines, such as a pedal-powered cable shredder, Recyhub enables scrap dealers to add more value to their products and compete with dealers that trade in traditional burned copper.

In order to profit more from economies of scale, people working at Agbogbloshie mostly use group savings. As financial literacy of the people working at Agbogbloshie is low, there is a resistance to borrow. Frequently mentioned issues were: 1) difficulty to repay loans with irregular income, 2) uncertainty about their eligibility, and 3) fear of the bank coming to seize their belongings in case of default. Fernández-Font, however, stressed the potential need for credit in order to make business models more sustainable in terms of profit, environment and people's wellbeing. Fernández-Font concluded his presentation by asking the audience how you could use microcredits to improve their business models and how MFIs can serve this market?

During a brief discussion, a member from the audience remarked that most people working at Agbogbloshie fall outside the regular microfinance as they are perceived as a high risk group: predominantly young men with irregular business activities. Fernández-Font agreed that the workers in Agbogbloshie form a higher risk group, but also noted that environmental degradation in Agbogbloshie is difficult to solve without more financial input. He stressed that the microfinance sector should not refuse this group, but should think alongside this group on how they can make a better impact on the environment.

The sessions were very interesting and the organization perfect