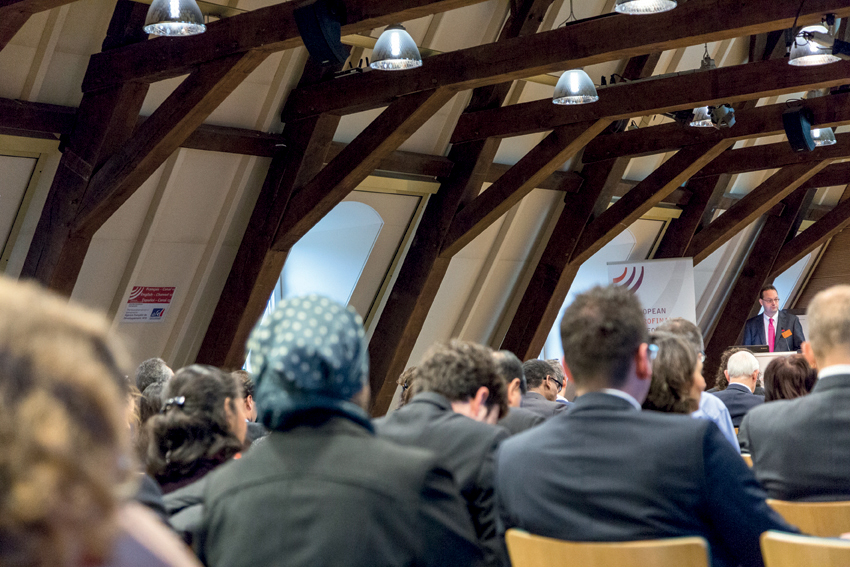 Christoph PAUSCH opened the European Microfinance Week 2014 with a word of thanks to all participants. This year, more than 400 participants attended the event, including many new organisations and representatives. Pausch highlighted several new elements to the European Microfinance Week (EMW) programme, focusing specifically on improving networking opportunities among participants: a conference app to connect with fellow participants, arrange meetings and follow the Twitter feed; a new Meeting & Networking lounge; and a new area, the Agora for Plaza, coffee breaks and lunch to accommodate EMW’s growing numbers.

He also announced e-MFP’s cooperation with the Microfinance CEO Working Group to jointly work on issues that affect industry stakeholders across the globe. He explained, for example, their cooperation on analysing microfinance’s information backbone and determining how it could be strengthened in the future.

Scott BROWN, CEO of VisionFund International continued by introducing the Microfinance CEO Working Group to the audience as a group of eight international organisations working in microfinance. Started in 2008, the group aims to reorient the microfinance sector towards meeting client needs. Its three main areas of intervention are advocacy to influential actors and the press, industry strengthening by developing industry performance standards, and institutional strengthening through the implementation of best
practices, starting within their own organizations. He also mentioned the group is supporting the uptake of three industry initiatives; the Smart Campaign, MF Transparency and the Social Performance Task Force.

He stressed the importance of dialogue beyond their working group, which is mostly based in North America. He mentioned an expanding relation with Convergences, with whom they jointly launched the Global Appeal. He also underlined their keen interest to strengthen cooperation with e-MFP. He sees excellent opportunities to cooperate and learn from each other as both organisations share the same goal towards responsible finance.