Plenary: Microfinance and housing  one brick at the time 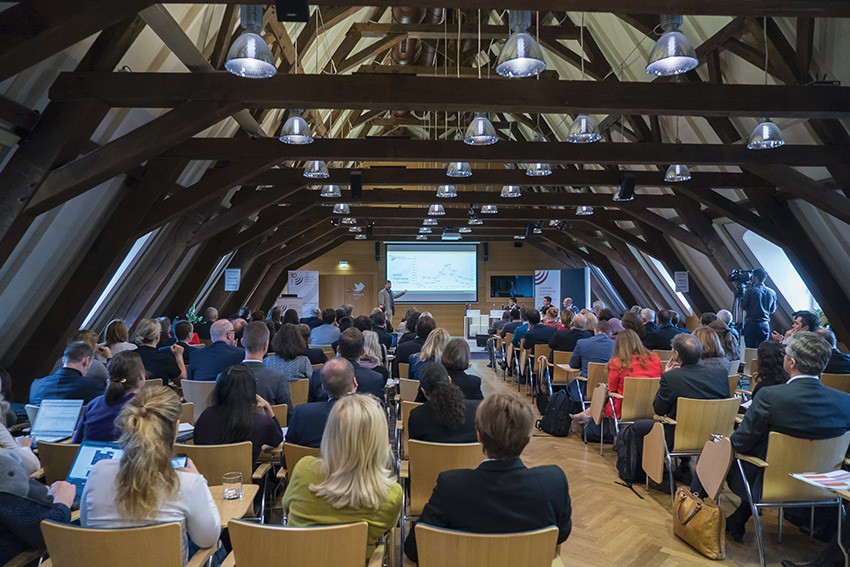 Moderator ROZAS gave an inspiring presentation on the need to do more work on affordable housing as two-thirds of the world’s population live in a substandard shelter. At the same time, 20% of microfinance loans are already directed to housing. Using an income stratification model developed by Habitat for Humanity, he explained that home improvement loans are particularly popular in the lower segments of the pyramid whereas mortgages have found their way in the upper-middle segments.

Another characteristic is that home improvement often shows an incremental pattern. Homeowners improve and expand their houses step-by-step, in line with the expansion of the family as well as income fluctuations. According to Habitat for Humanity, around 70% of all the world’s poor follow this incremental approach. In some countries such as Tanzania and Philippines, this is even close to 100%. While home improvement is capital-intensive and thus competes with other investment needs, it is good to be reminded that many small homes often function as income generating places, ranging from small shop, to repair workshop to home gardening. Lastly, home improvement has a significant impact on health, especially on child cognitive development and adult health and happiness.

Rajnish DHALL, representing India’s Micro Housing Finance Corporation, has pioneered the introduction of mortgages in the microfinance market. His average mortgage loans are about USD 6,500 and have a 12 years’ tenure. It is very popular for the construction of basic apartments in urban centres. While home improvement loans are the best product for incremental expansion and improvement, in dense urban settings the demand is more developed for mortgages, especially in the form of cooperative style building of apartment blocks that require consecutive forms of capital inflow: first for land procurement, then for building and then for refinancing by the buyers through mortgages. Cooperation between future tenants helps to reduce construction costs and makes the small apartments affordable to many.

Patrick MCALLISTER of Habitat for Humanity emphasized that there is an increasing need for improved shelter in the next decades. Since only a small proportion of the poor can rely on socialized housing or charities, most of these people will go to the market for their shelter needs. Therefore, financial institutions have to invest in low-income housing, but face many constraints. To answer this need, Habitat for Humanity started the Microbuild fund to help microfinance institutions expand lending to low income families with a need for improved shelter.

Mark VAN DOESBURGH of Dutch investor Triple Jump and manager of Habitat for Humanity’s MicroBuild fund introduced the fund. The key feature of MicroBuild is a holistic approach to building and home improvement which combines finance with diverse forms of technical assistance and support. To date, Triple Jump has financed 33 MFIs through the MicroBuild fund resulting in 60,000 loans to low income families, with an overall volume of USD 48 million. This represents just under 50% of all the funds Triple Jump earmarked for housing loans, which, in turn, represents 13% of its assets.

Whereas both mortgage and home improvement may at face value service different segments, success in both cases depends to some extent on adequate technical assistance, especially when construction work is the core activity for which finance is sought. In general, this calls for the integration of technical assistance and finance, especially for larger building initiatives, so as to reduce project risk.

Some participants voiced concerns if the building of apartments is not leading to mission drift in the microfinance sector, which resulted in animated discussions. On the one hand, one might argue that the capital intensive nature of mortgages reduces the availability of capital for other loans and products in the microfinance market and pushes operations away from the lowest segments of the population. On the other hand, education, health and shelter are basic prerequisites for living a decent life and if the sector can contribute to offering solutions in all three areas, it contributes to the quality of life which surely is not mission drift. Moreover, as Rajnish Dhall, explained, building vertically may be the only option available to keep housing affordable in high-density areas, thus preserving livelihoods. In addition, most of the capital applied by MHFC for financing mortgage loans is sourced from commercial banks and investors and not competing with donor or impact investor funds.

Whereas the moderator called for innovative ideas to make more capital available for housing finance, some in the audience pointed out that most home improvements were financed by savings in many countries. As house improvement is incremental, so is the application of financial resources. If people have a windfall, they may use savings or deposits to invest in building materials such as bricks, cement, tiles, and frames. Only to finalize on-going home improvement work, they may apply for loans. In that sense, much more capital is flowing into housing than is suggested by MFI’s housing portfolios. Moreover, in many countries, it would appear that specialized finance companies such as building societies and housing SACCOs have the edge over MFIs which traditionally have not been associated with housing loans.