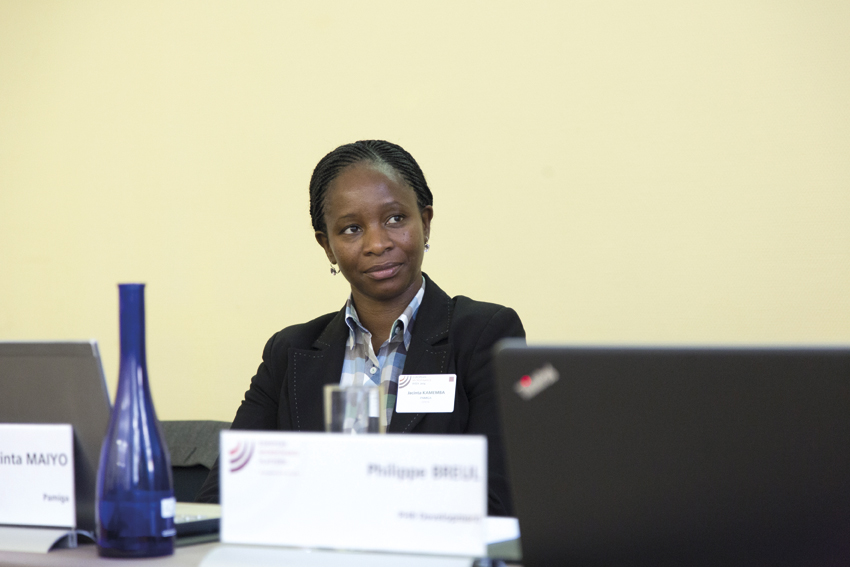 Philippe BREUL opened the session by introducing the panellists, and emphasizing that the end goal of the session was to identify how we can improve the use of technology and innovation in the microfinance sector by involving different stakeholders. He explained that each presentation would be followed by a round of questions. In addition, the audience would be able to network, ‘speed-date' and identify potential opportunities for successful Digital Finance at the end of the session.

He mentioned that the first step in introducing innovative delivery channels in microfinance is to identify the main channels available, such as branches, ATMs, agents, field officers, etc. The second step is the identification of appropriate products and services in the field of payments, banking and money transfers. The third step consists of identifying the right stakeholders, acknowledging that MFIs are not alone in this field. Having provided this framework, Breul concluded that the implementation of technology solutions in microfinance presents a wide array of opportunities in terms of improving services to the client and enhancing efficiency in operations. These new opportunities are also open to other stakeholders (banks and mobile operators), who could over-run MFIs in serving the bottom of the pyramid.

Breul provided a short presentation on the latest developments in the domain of technology and innovation in delivery channels: 1) financial inclusion in the G20 agenda has resulted in a large wave of practical improvement of the policies and regulations in numerous countries, 2) dramatic increase in funding for technological solutions, with key global players involved such as MasterCard Foundation, 3) stakeholders using technical solutions has increased sharply in recent years, illustrated by the widespread adoption of mobile money worldwide. 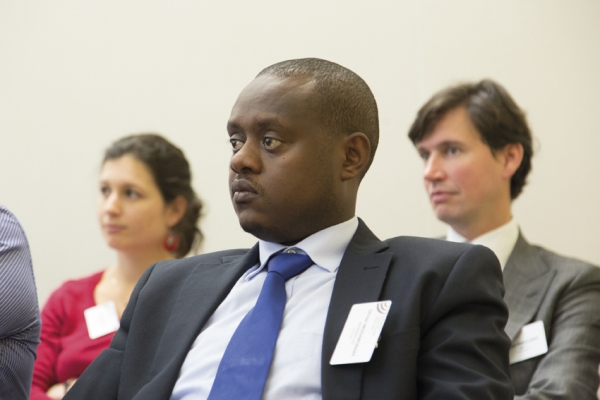 Following Breul's introduction, Jacinta MAIYO introduced the work of PAMIGA, a network of 14 responsible MFIs with presence in nine African countries. Maiyo revealed that PAMIGA has a designated IT department which interacts directly with the MFIs. She explained that PAMIGA conducts diagnostic studies and evaluations to assess technological readiness among the MFIs in its network. In her view, this allows PAMIGA to classify MFIs into three categories: 1) Category I: very weak MIS / no MIS, 2) Category II: existing MIS, but which does not work well, 3) Category III: good MIS, ready for the next level. She pointed out that most MFIs in the network are still in Categories I and II which, together with low awareness, high costs, remoteness and weak regulatory frameworks, results in a very slow adoption of technology solutions. Maiyo highlighted that PAMIGA is working towards bringing the MFIs to Category III, an objective that is being realized. Maiyo shared a few lessons learned with the audience, highlighting that MFIs are willing to implement technology, but strategic planning is still missing; key staff is very important; the cost of implementing technology solutions remains a big issue since most MFIs have little or no budgets allocated to IT innovation; MFIs should understand that they cannot copy and paste solutions; technical assistance in IT innovation is highly needed by MFIs; key indicators should be identified at the onset of the project; and incentives for all players in the ecosystems should be considered. As next steps, Maiyo revealed that PAMIGA will be working with the member MFIs to improve their MIS and deploy digital financial and non-financial services in order to reduce costs and secure business operation.

A member of the audience pointed out that it is difficult to move MFIs serving rural populations towards digital finance, and asked Maiyo why not put resources and channel digital solutions through microfinance banks. Maiyo revealed that PAMIGA is actually planning on bringing in more members to the network, including banks. However, she explained banks are rarely interested in operating in rural areas due to the high costs involved.

The audience also questioned Maiyo on how to make sure that the local partner develops well and implements technology solutions appropriately. Maiyo reiterated that the diagnostic studies conducted by PAMIGA are key in identifying IT readiness, but that implementation activities should also be accompanied by a needs assessment, so as to make sure that the strategy is based on real needs.

Bram PETERS introduced the work of FINCA International Africa, which has operations in six countries. Peters shared a video of FINCA's operations in DRC, which highlighted the role of agency banking in the country. He explained that it took FINCA a long time to get the implementation of agency banking in DRC to a successful level due to a number of operational risks. Peters also mentioned that this is a service where no fees are charged, since the business model is based on increasing locally acquired liabilities to off-set institutional borrowing in order to reduce the cost of funding. He further explained that operational costs are also reduced by having more customers per branch whereby the agents are used for lower value-added transactions, such as deposits and withdrawals. Among the lessons learned, Peters mentioned the following: take your time to build up the project; make sure to create a business case; and do not copy and paste. What works in one country, does not necessarily mean it works in another. As a next step, he revealed that FINCA will upscale operations in DRC and implement agency banking in their other African subsidiaries.

A member from the audience asked whether FINCA has drifted from its traditional community banking model, since agency banking seems to be a different product offering. Peters revealed that there is an internal debate at FINCA as to how to adapt to changes in group dynamics, and highlighted that implementing agency banking and mobile banking in group schemes is very complicated.

The follow-up discussion revolved around the occurrence of agent fraud and the supervision of agents. Peters explained that FINCA nurtures the relationship with agents by visiting them every week and organizing agent forums. He also revealed that fraud by agents in DRC has only been observed in terms of executing multiple transactions when there is in fact only one. This type of fraud was tackled by sending the customer an SMS for every transaction, mitigating the risk for this type of agent fraud. He also mentioned that, whereas in DRC the regulator is quite tolerant, the situation is different in Tanzania, where authorization by the Central Bank is needed for each agent.

Nicholas MEAKIN presented the work of Urwego Opportunity Bank (UOB), the largest microfinance bank in Rwanda. Meakin specifically focused on UOB's mHose mobile banking service, which aims at: 1) removing cash handling, 2) increasing operational efficiency, 3) improving access to services without branches. He also named the specific services which can be carried out using mHose, such as making deposits and withdrawals, paying interest, managing loans, etc. The service also provides life insurance for the customer and two family members. Meakin emphasized that all services are delivered through mVISA, and presented the results of this initiative at three levels: 1) customers like the convenience, speed and security of mHose, but dislike reduced group meetings and lack of payment visibility, it's already adopted and regularly used by 40% of the registered clients, 2) agents appreciate the commissions, although they are still low, 3) UOB profits from improved security, efficiency and customer satisfaction / retention. In terms of possible improvements for mHose, Meakin mentioned: deploying a training and marketing team, starting to disburse loans, creating an overdraft facility for agents, and driving volumes through the agent network so as to achieve a viable business model.

A member of the audience pointed out, from his experience, that the VISA system is nice, but complicated to implement. The system must be implemented by a bank, and cannot be used by MFIs. He suggested to link bank accounts to a virtual wallet system, so as to increase the network of agents and facilitate operations. Meakin reacted that it is a viable model, but that the UOB system demands a higher float, which would require the institution to manage the network of agents more carefully.

The level of participation is clearly a proof of its success